Council offices and libraries are open. For information about Council services affected click here and for the latest updates on Alexandrina Council's response to COVID-19 click here

The Goolwa Sports Precinct Master Plan’s vision is to provide a fit for purpose and adaptable sporting and community precinct in the heart of Goolwa.

In April 2020, it was announced that Alexandrina Council had been successful in securing $800,000 to commence Stage One of the multi-stage Goolwa Oval Sporting Precinct project. The State Government funding is via round two of the State Government’s Grassroots Football, Cricket and Netball Facility Program.

In October 2020, the Federal Government announced $5million towards the upgrade of the Goolwa Sports Precinct as part of the Federal Budget.

Once completed, the Goolwa and wider Alexandrina community will have new netball and tennis courts and cricket training facilities as well as improved car parking, road and pedestrian links and open space with barbecues and seating.  It will also allow for the construction of a new comprehensive multi-purpose community sporting facility for user groups.

Click on the image below to view further design details.

Construction on the Stage One elements will commence in December 2020 and it is anticipated that it will be completed in late September 2021.

The upgrade has been a long sought-after aspiration for user groups of the facility including the Goolwa-Port Elliot Football Club, Goolwa Netball Club, and Goolwa Cricket Club as well as benefitting many other users of the precinct.

The facility is currently leased to the Goolwa Recreation Grounds Committee, who sub-lease it out to the various user groups including the Goolwa-Port Elliot Football Club, Goolwa Netball Club, and Goolwa Cricket Club. Representatives from these groups were also delighted with the announcement and Council look forward to an ongoing relationship with the clubs throughout the development process and beyond.

Follow our journey from announcements to construction by reading our media releases: 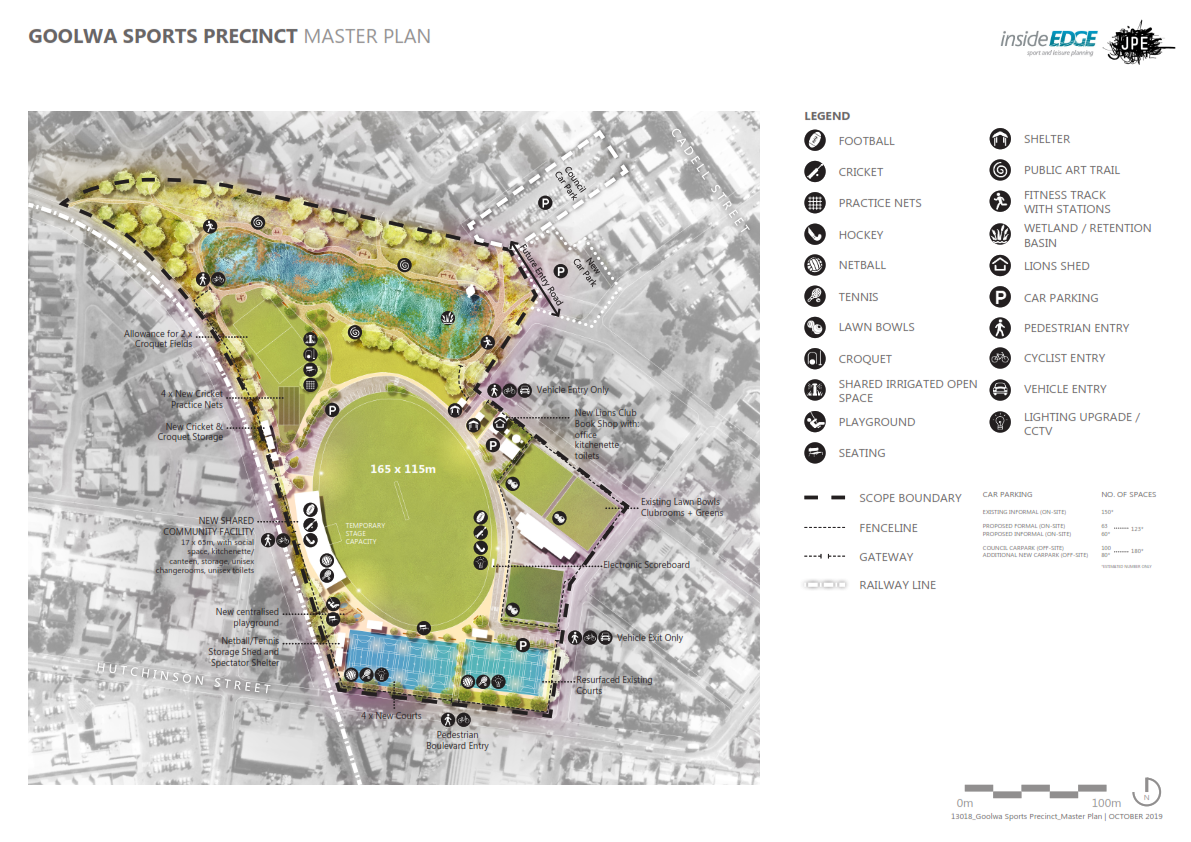