If your browser is not displaying the video above, click here to watch the video of the Goolwa Skate Park project.

The Goolwa Skate Park has received a facelift with an innovative project to prevent graffiti through street art.

In 2017, an enthusiastic and committed group of Alexandrina Council staff successfully attained a $40,000 State Government grant to fund the project.  Three local street artists were commissioned to beautify the park using creative and relevant street art, with the aim of preventing crime by deterring unwanted graffiti.

The application, part of the SA Attorney General’s Department Crime Prevention and Community Safety Grants Scheme, emerged through a research project by Council staff to act on community feedback on a service, project or issue in the region.

Upon identifying the strong interests and opportunities around the Goolwa Skate Park, the group held a public consultation pop-up event at the park in January 2017 as well as inviting opinions and feedback through Council’s MySay Alexandrina online survey, which determined graffiti as one of the main issues of concern.

The consultation process has also prompted improved maintenance of the landscaping and grassed area around the skate park and the formation of a ‘Friends of the Goolwa Skate Park’ volunteer group to create ownership and assist in caring for the park.

The commissioned artists held a series of workshops during December 2017 and January 2018 to get ideas and collaborate with users of the park, before undertaking the work in January 2018. See the video of the collaborative effort between community, artists and Council; showing how the project came to fruition above, and photos of the completed work below. 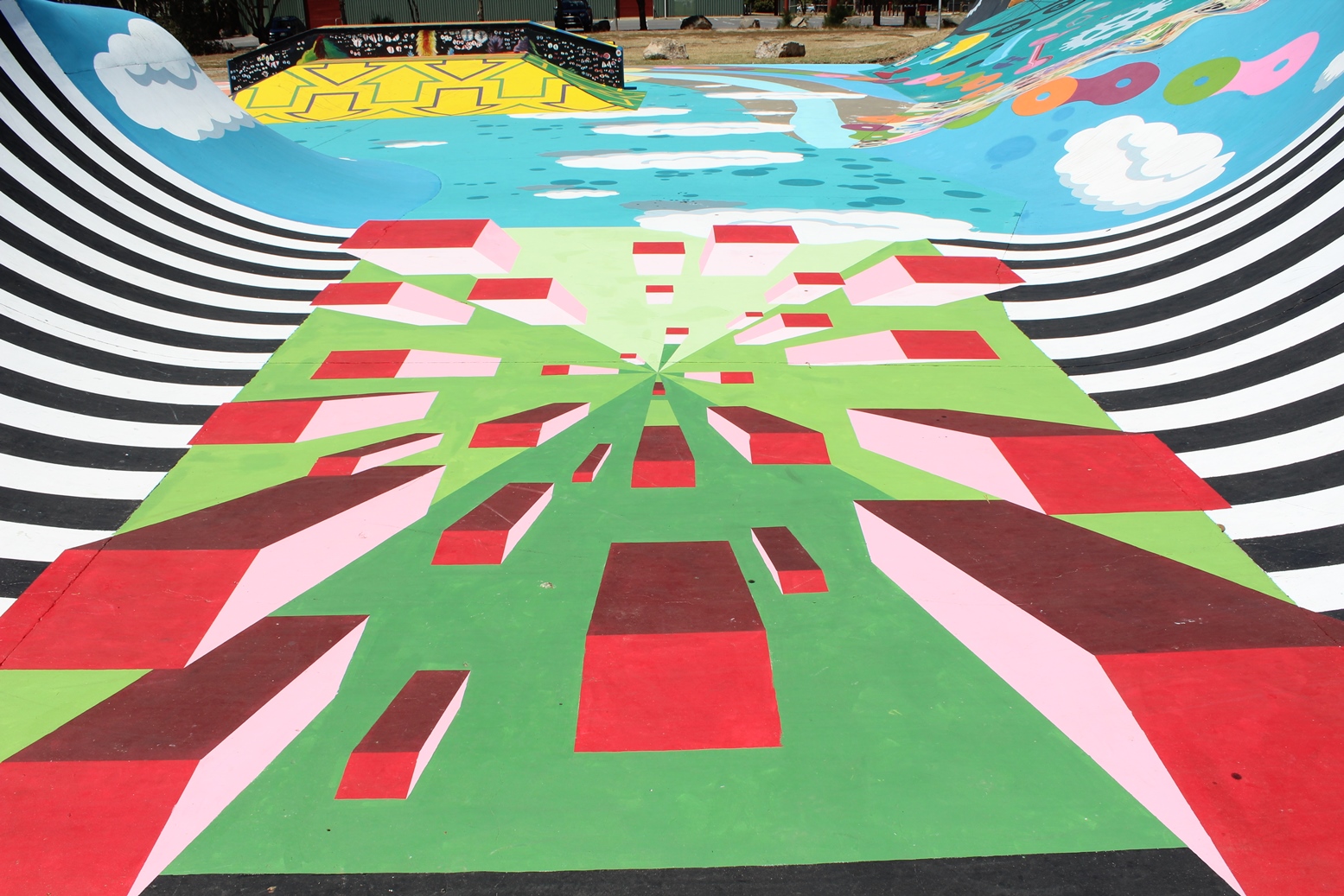 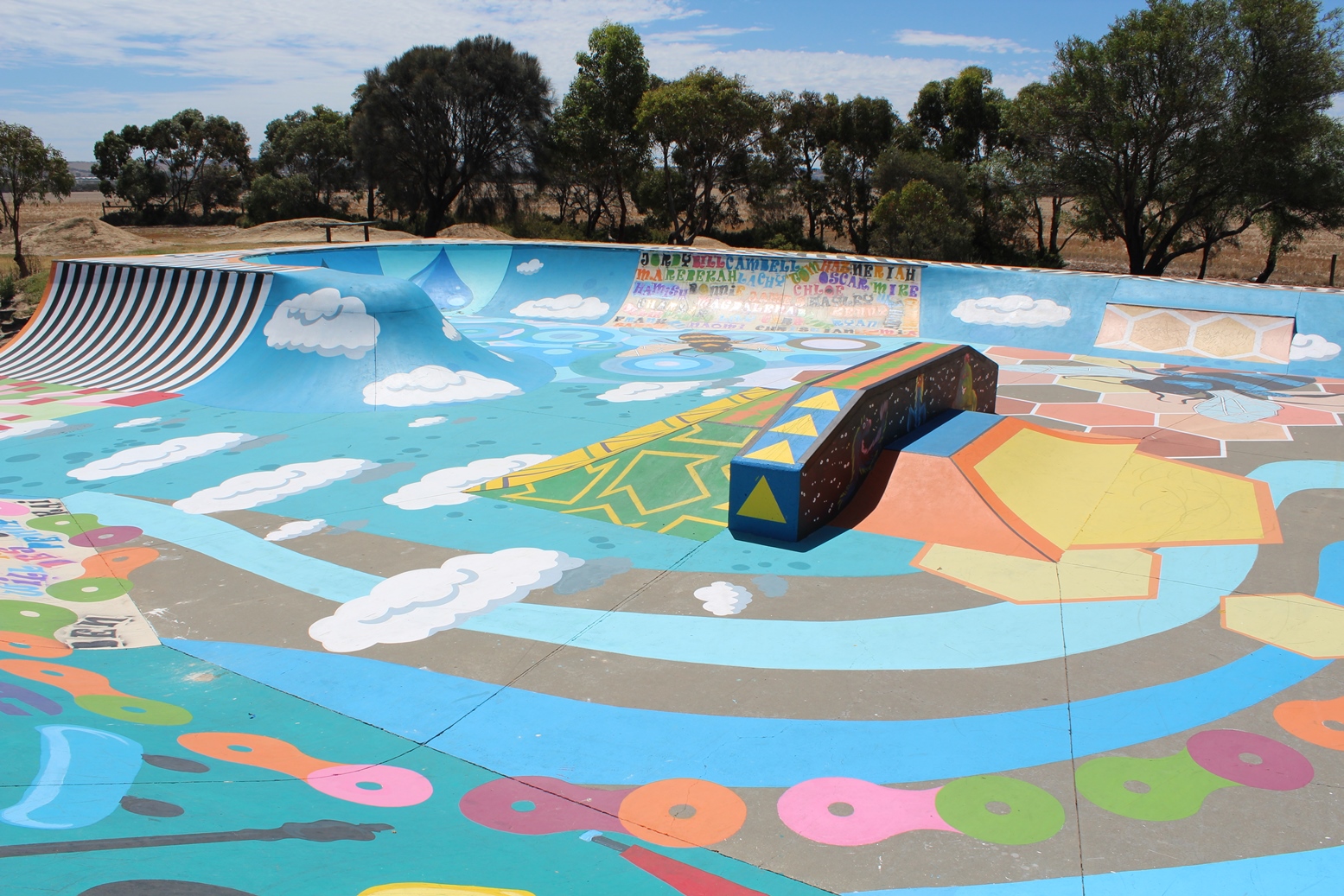