Council offices and libraries are open. For information about Council services affected click here and for the latest updates on Alexandrina Council's response to COVID-19 click here

Alexandrina Council is located at the very end of one of the country’s most important rivers, the River Murray, and all of our major townships are located adjacent to significant water bodies.

Significant Water bodies and catchment areas are the Murray Mouth on our eastern boundary, Lake Alexandrina, the Goolwa Channel, Currency Creek, the Angas, Bremer and Finniss River, the Tookayerta Creek as well as several wetlands. 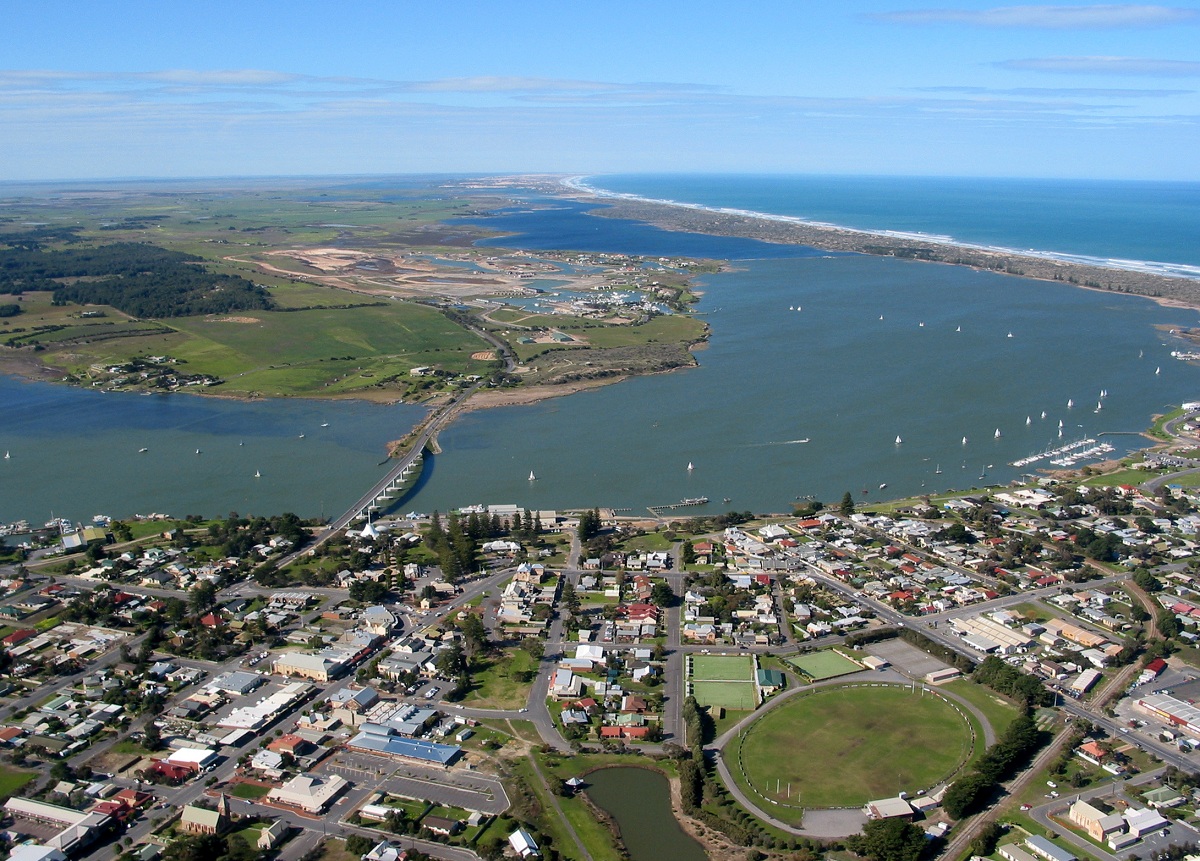 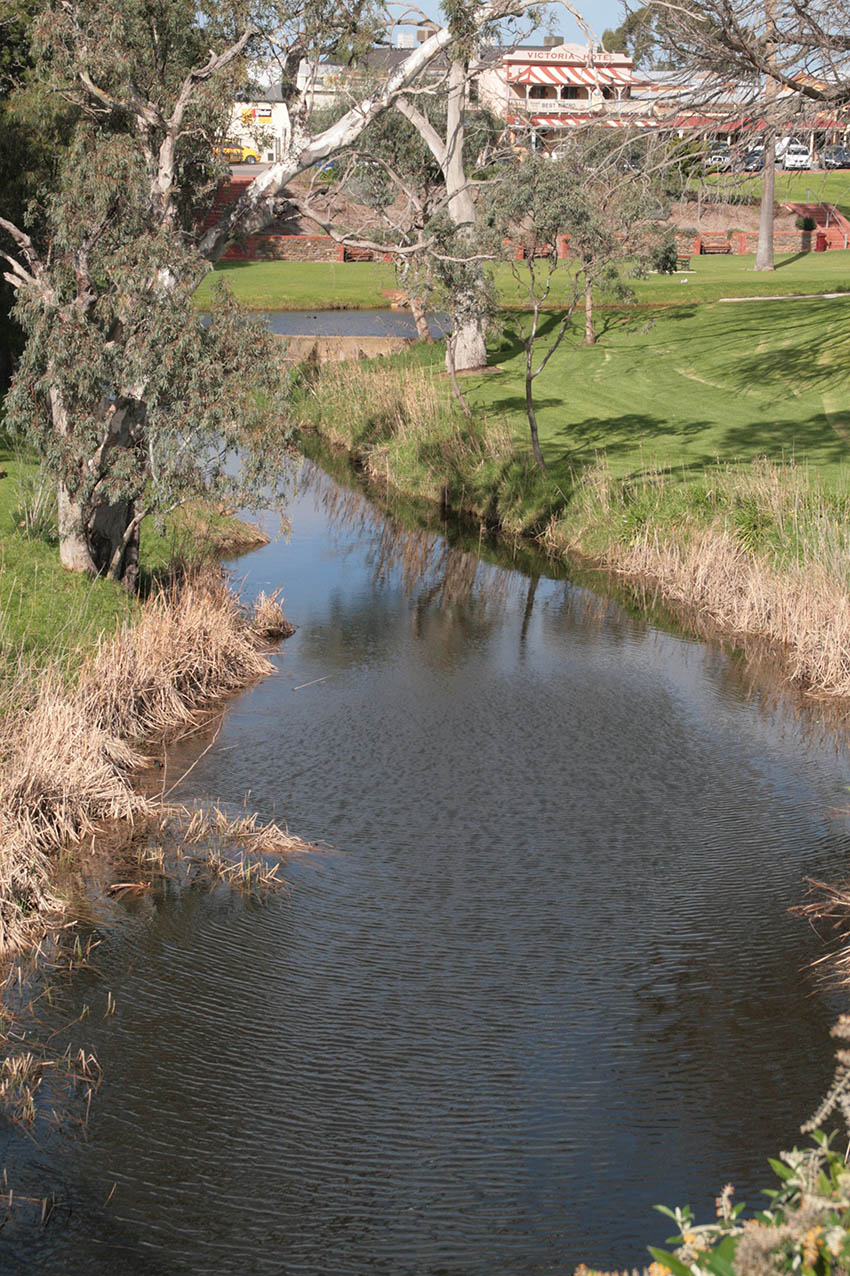 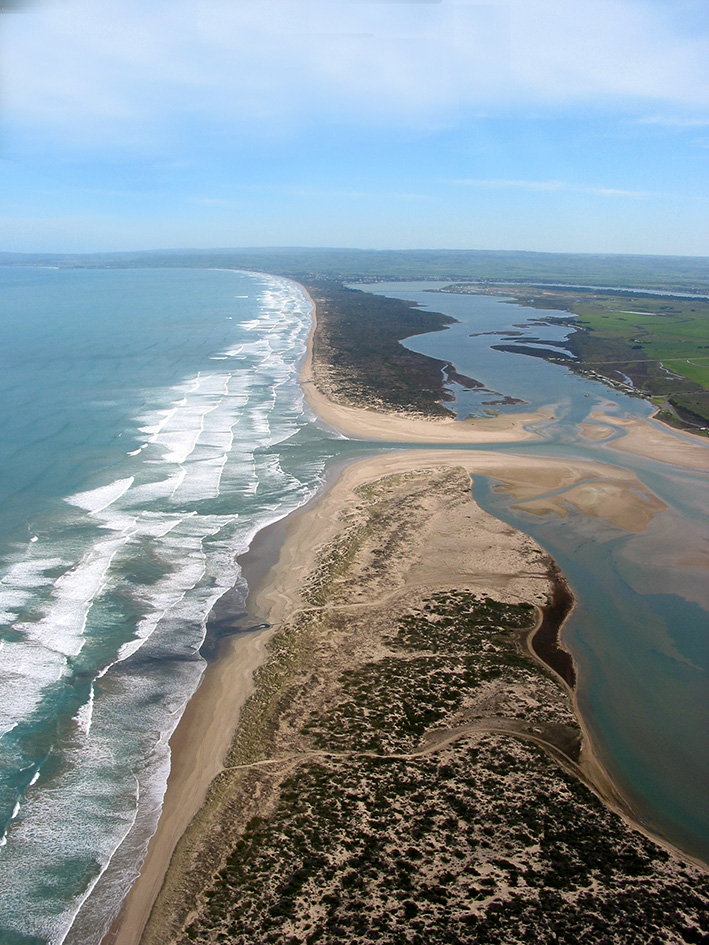 Our region is recognised nationally and internationally for these important aquatic environments and we therefore focus on the sustainable management of these water resources as part of the Environmental Action Plan 2014-2018.

As part of this Environmental Action Plan, it is our goal to become a water sensitive community in order to create and implement strategies to protect our water resources. These strategies/actions are:

Aiming at becoming a ‘water sensitive’ community the above mentioned strategies and actions will guide us in creating places that are resilient, liveable, productive and sustainable.

Some of our achievements regarding sustainable water management are:

Above: Strathalbyn Pocket Park: From a bare, hot area to a green and much cooler park adopting Water Sensitive Urban Design 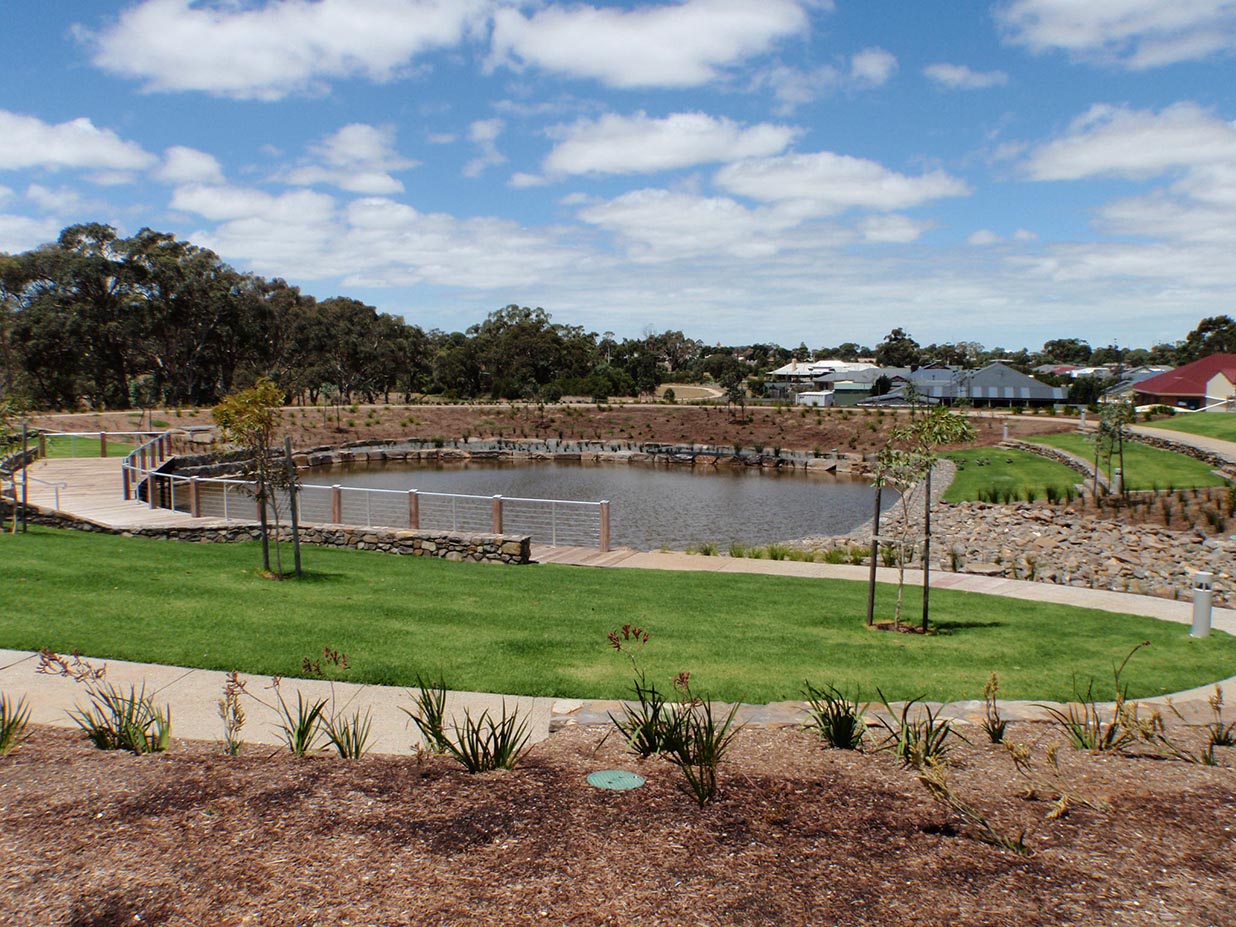 Alexandrina Council’s primary water management objectives are water security for our community, minimising risk to property and life, conserving water and enhancing the sustainability of our water ways.

We are committed to reduce our consumption of mains water and we have invested in stormwater and wastewater reuse networks. As a result major areas of open space within some communities are now independent of mains water. We have also upgraded and incorporated water efficiency, harvesting and reuse measures into new and existing council buildings and facilities.

With stormwater a valuable resource that can be treated, we incorporate Water Sensitive Urban Design Strategies in new developments to increase the volume of stormwater infiltration and reducing the amount of polluted runoff into our waterways. Alexandrina Council has constructed significant number of stormwater ponds and urban wetlands which form part of our stormwater reuse network. These include the North Parade Wetland, Strath Hub Wetland, Pipers Crest Wetland and Aberdeen Park Wetland at Strathalbyn, the Sam Court Reserve Wetland at mount Compass, the Kessel Road Wetland and Murray Smith, Albury Lane and Birchall Road Ornamental Lakes at Goolwa, the Vanali Drive Wetland System and Lakala Reserve Pond at Port Elliot and the Dragonfly Boulevard Wetland at Beyond.

These wetlands have been built together with developers to help with flood control and they function as water filters by removing pollutants from stormwater and now provide an environment for native flora and fauna. 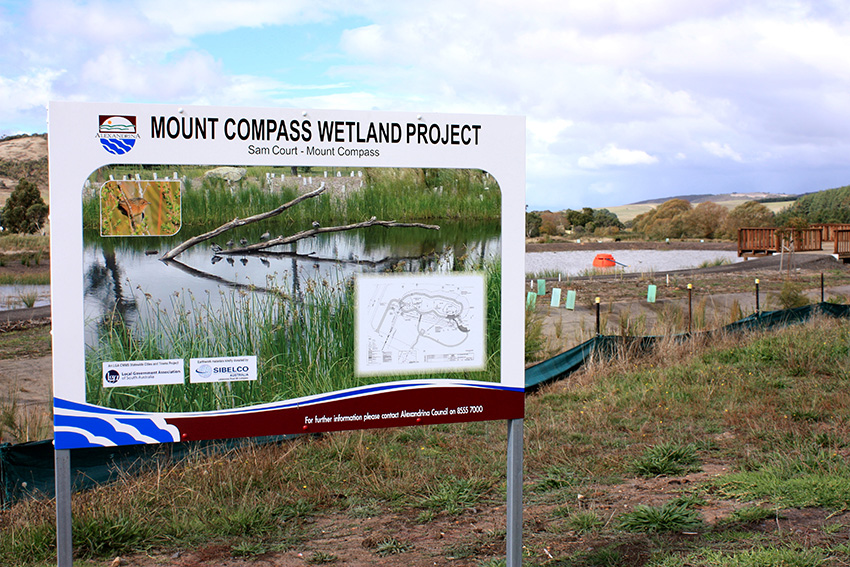 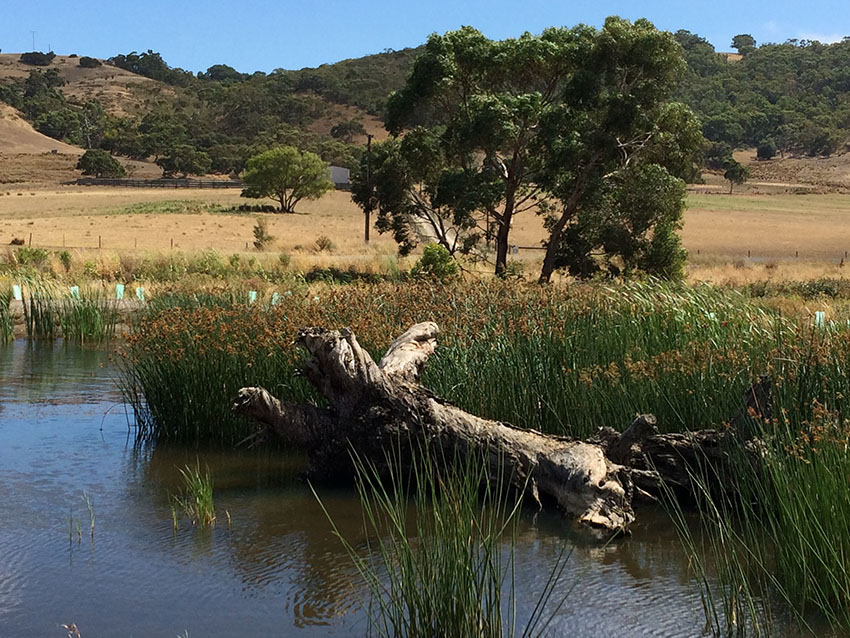 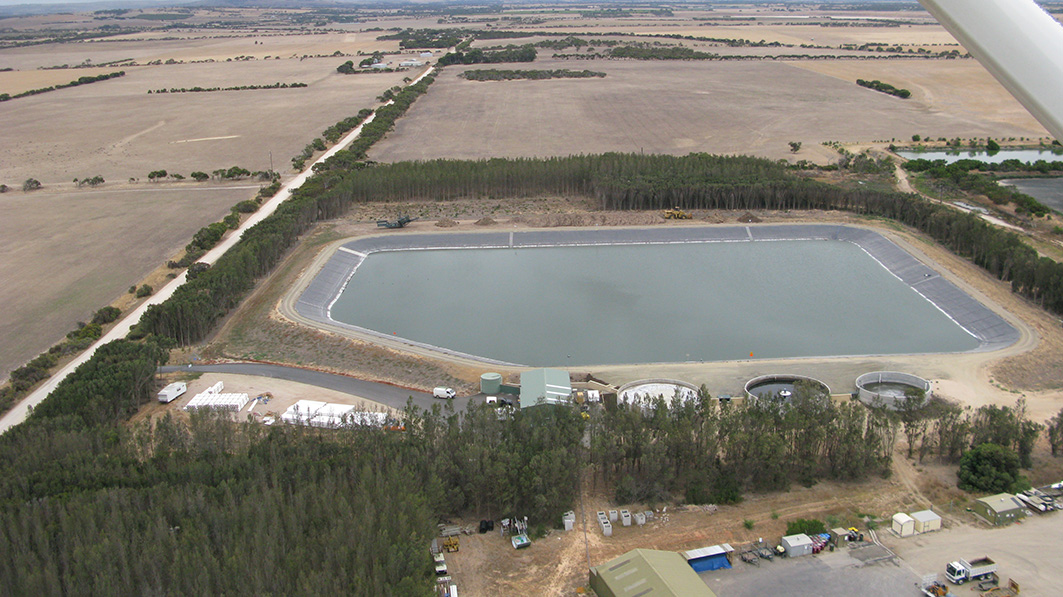 A major part of our water management is our Community Wastewater Management Scheme (CWMS). We collect wastewater via a series of gravity drains which are then pumped to a wastewater treatment plant. After successful treatment, water is then stored in lined storage lagoons to be reused during summer. 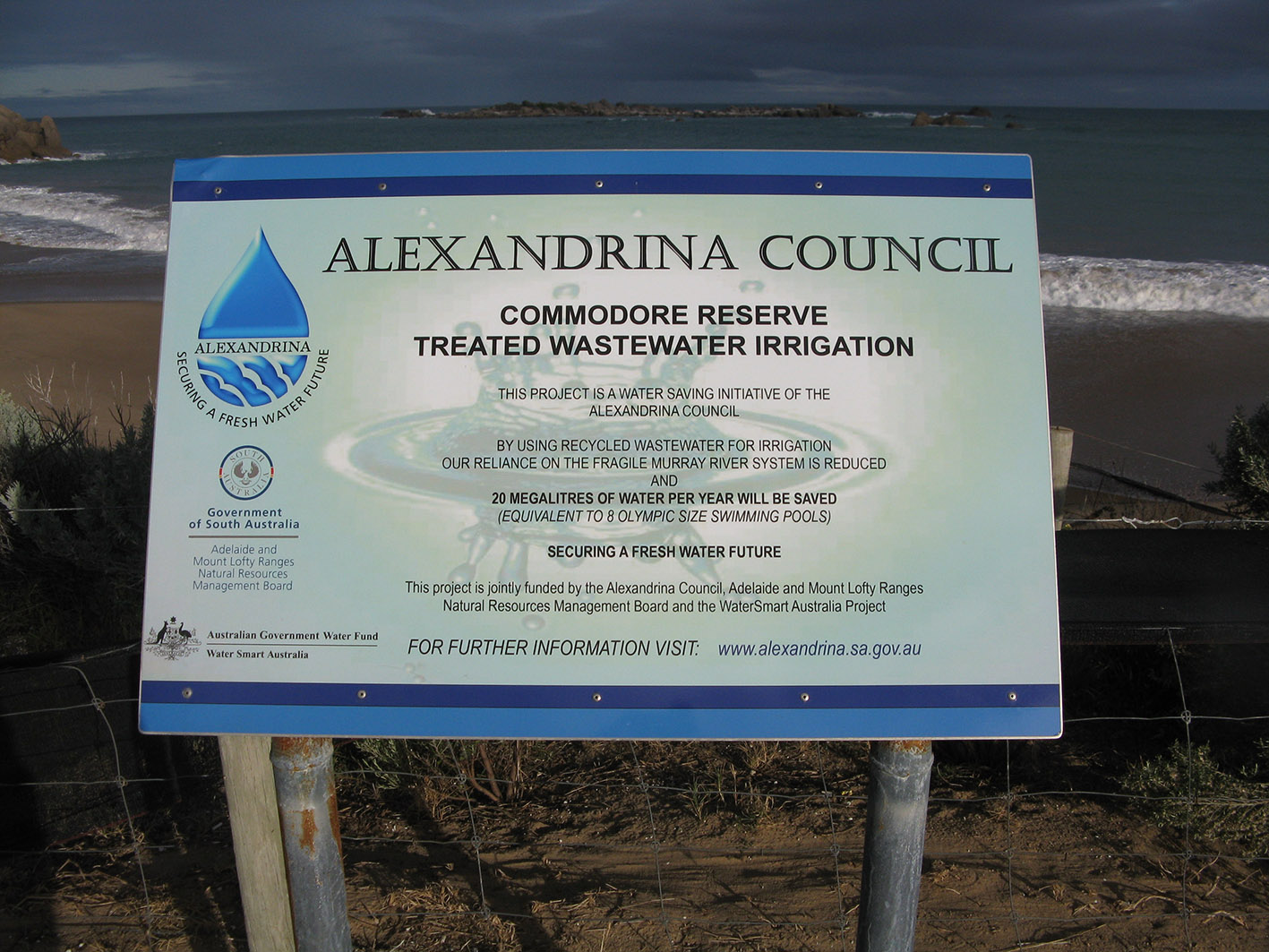 Swamps of the Fleurieu Peninsula

Swamps of the Fleurieu Peninsula 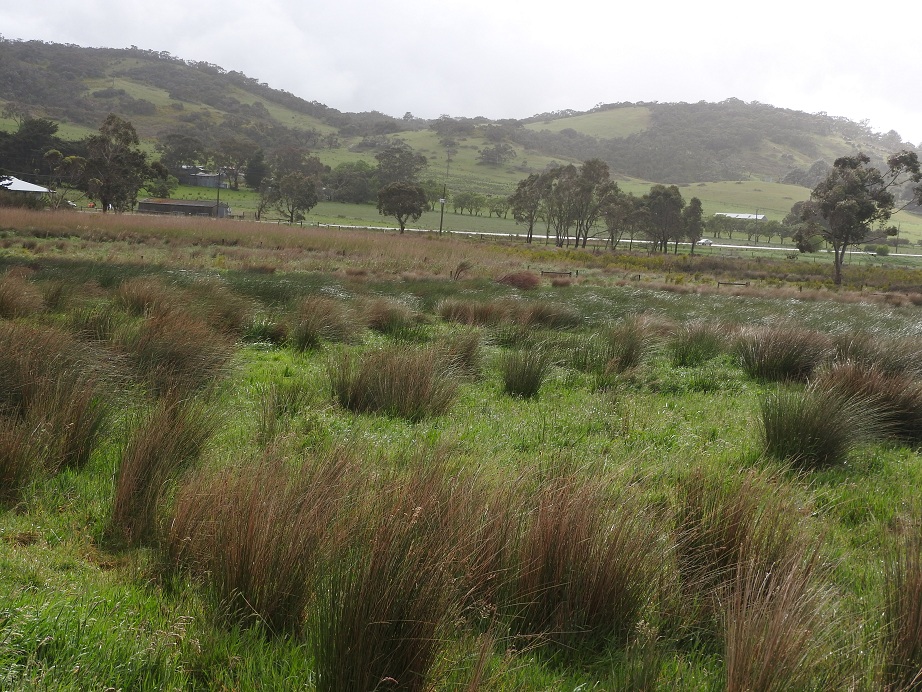 These swamps are characterised by having permanently waterlogged soils and therefore provide a home for many endangered and rare native species (flora and fauna). For example, the Mount Lofty Ranges Southern Emu Wren is one of these rare and endangered species that can be found in and around the Fleurieu Swamps environments.

Swamps are also important as water filters to remove pollutants from stormwater and help with flood control as they can absorb large amounts of water, and provide critical refuge for threatened flora and fauna.

If you would like to learn more about the importance of our local Fleurieu Swamps we recommend you visit the two wetlands in Mount Compass.

The Mount Compass School Swamp is a freshwater swamp dominated by dense shrubby vegetation. The 500 m boardwalk provides safe, easy access to the swamp, meandering through the shrub vegetation, over both wet and dry areas.

More information can be found here:

The Mount Compass Wetlands comprise of a 730 metres long boardwalk over a swamp on the outskirts of Mount Compass. This small but important wetland contains many rare, vulnerable and endangered plants. Over 100 plants have been identified in the swamp. The wetlands can be viewed from a wooden rotunda, which also contains useful information on the unique plants and animals.

More information can be found here:

Health of the Murray, Lakes and Coorong

Alexandrina Council has been a vocal and consistent advocate for the health of the River Murray, Lower Lakes & Coorong which is linked to the functioning of a healthy Murray Darling Basin.

The Murray Darling Basin covers over one million square kilometres of south-eastern Australia, across New South Wales, Queensland, South Australia, Victoria and the Australian Capital Territory. Over the years, the combination of natural droughts and increasing human use of the waterways for agriculture, manufacturing and communities has led to a decline in the health of the Basin.

Our region is still recovering from the Millennium Drought.  Restoring and protecting the health of the River Murray, Lakes & Coorong is essential for the fish, birds and other wildlife which call it home but also for our local farmers, fishers and business owners.  Healthy communities need healthy environments.

In 2012, following the Millennium Drought, the Basin Plan was developed to manage our water carefully and protect the Basin for future generations. The Basin plan sets the amount of water that can be taken from the Basin each year, while leaving enough for our rivers, lakes and wetlands and the communities, plants and animals that depend on them. It is managed in partnership between The Federal Government and the State Governments located in the Murray Darling Basin (South Australia, New South Wales, Queensland, Victoria, and the Australia Capital Territory).

Alexandrina Council’s vision is a healthy, working Murray-Darling Basin which sustains our people, our economy and our environment. The wellbeing of future generations demands that governments, interest groups and water users all work together to provide effective whole-of-Basin management.

We recognises the Ngarrindjeri Nation as the traditional custodians of the lands and waters of the Coorong, Lower Lakes and Murray Mouth region and support their right to be involved in Murray Darling Basin decision-making.

Alexandrina Council supports full and timely implementation of the Basin Plan and we are committed to working for the good of all that rely on a healthy, working river, now and into the future.

Speaking up for the Murray, Lakes and Coorong