As of Monday 15 June, the Goolwa and Strathalbyn Libraries are open to the public. For more detailed information about particular services affected click here and for the latest updates on Alexandrina Council's response to COVID-19 click here

Prior to European occupation, the Ngarrindjeri people lived on the lands from Cape Jervis to the Lower Lakes of the Murray River. The Warki tribe covered the lands from Milang to Strathalbyn and Currency Creek; in turn inhabiting Finniss.
Water was central to the tribe, with a constant fresh supply from the river and the lake.
With a rich and diverse landscape present, their diet consisted of fish, cockles, yabbies, snakes, lizards, water birds, eggs, kangaroo and wild fruit/berries.

From 1834, the "Foundation Act for South Australia" made all land available in the area for survey and purchase.

Following the approval for construction of the first railway in Australia (from Goolwa to Port Elliot) in 1851, the line was approved to be extended in 1866 to Strathalbyn. Three large bridges were to be built, including over: Currency Creek, the Black Swamp and the Finniss River.

The local Post Office opened as Queen’s Own Town in April 1869, when the Strathalbyn-Middleton railway line was opened. The General Store was opened at some point between 1902 and 1916 (records are un-clear) in its current location. The Post Office was changed from 'Queen's Own Town' to 'Finniss' in 1910, which also incorporated the premises of the General Store. 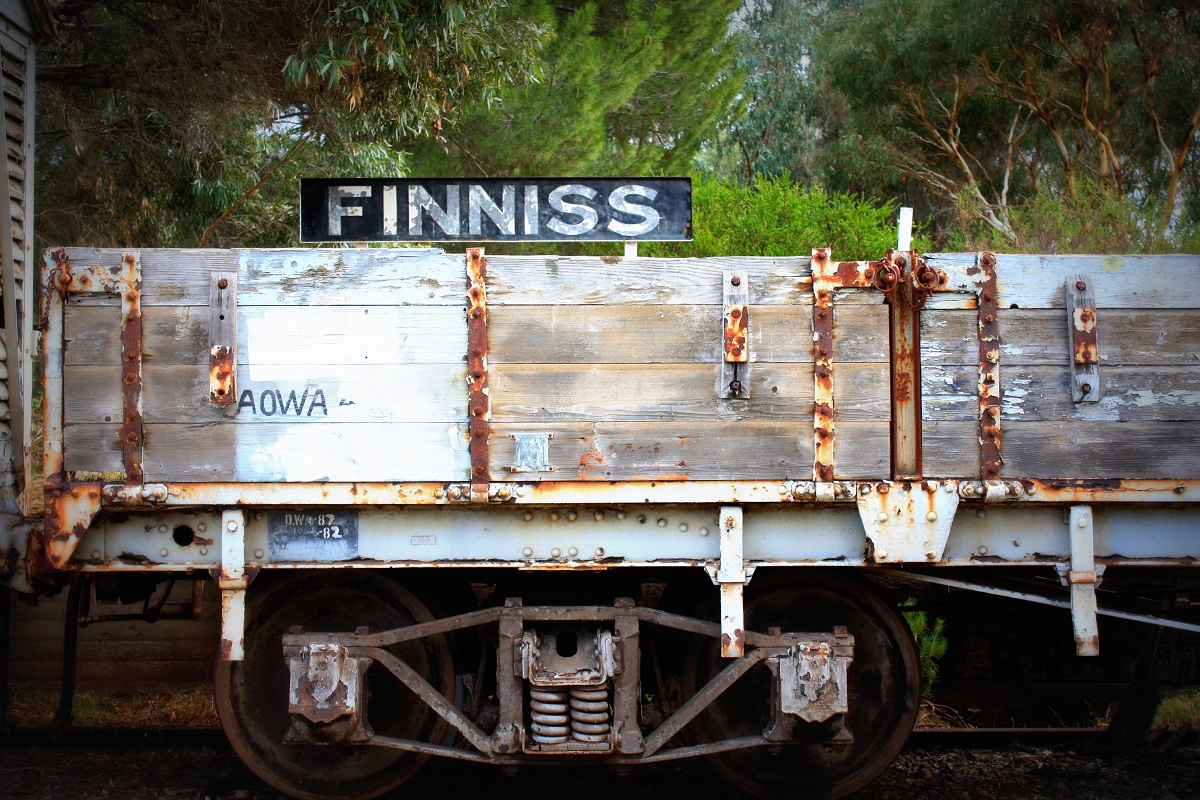